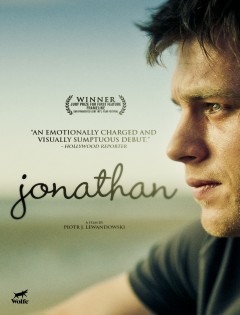 Can a young man on the brink of adulthood accept his family’s troubled past?

Jonathan is 23; he and his aunt, Martha, work on their farm. Jonathan also devotes himself to looking after his father Burghardt, who has cancer. But his father stubbornly sabotages all of his son’s efforts tp care for him. Jonathan finds it increasingly difficult to cope until they hire a young caretaker, Anka, to help. Jonathan and Anka fall in love; her experience of working at a hospice helps Jonathan to gain a new insight into his father’s situation.

But then Burghardt’s long-lost boyhood friend Ron appears on the scene and his health visibly improves. The family sees Ron as an intruder; then Jonathan discovers that, many years ago, his father and Ron were deeply in love. All at once, the façade of cherished family beliefs crumbles and long-repressed secrets come to light. Can Jonathan forgive his father?

SPECIAL JURY MENTION
Image + Nation
“A special mention for Jonathan, from German director Piotr Lewandowski, for its unique take on the coming of age story, and its subtle, underplayed yet engrossing character study of a tortured man at the end of his life.”

“Captures the raw emotions of a broken family coming to terms with reality … a touching story which some might find sad, but somehow the joy shines through.” – Gay Essentials

“Visually stunning drama whose cinematography and soundtrack help paint the most beautiful depiction of love in pained circumstances.” – Raindance Festival