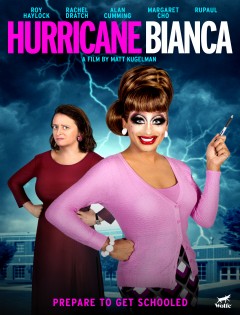 When Richard, a New York teacher, can’t find work, he accepts a position in a small Texas school. Almost immediately, they suss out that he is gay, and fire him.

Later, when a new friend introduces him to the underground drag scene, Richard dons a new identity as the sharp-tongued and utterly hilarious “Bianca,” and returns to the school to wreak havoc. As everyone quickly learns, this is one teacher you definitely do NOT want to cross.

*Note: The DVD is only available for purchase in the US and Canada. International customers can purchase via download to own at WolfeOnDemand.com. The streaming version now has Spanish, French, German and Brazilian Portuguese subtitles available (in addition to English).