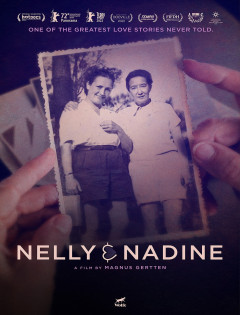 Nelly & Nadine is the unlikely love story between two women falling in love on Christmas Eve 1944, in the Ravensbrück concentration camp. Despite being separated in the last months of the war, Nelly and Nadine manage to later reunite and spend the rest of their lives together. For many years their love story was kept a secret, even to some of their closest family. Now Nelly’s granddaughter, Sylvie, has decided to open Nelly and Nadine’s unseen personal archives and uncover their remarkable story.