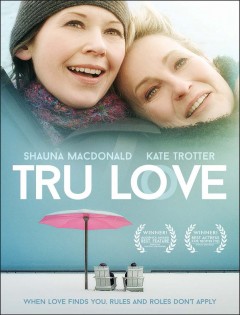 ** PLEASE NOTE: THIS TITLE DOES NOT SHIP TO CANADA.

Tru, 37, is a serial bed-hopping lesbian who cannot commit to a relationship or a job for long.

Restless by nature and wounded by the past, she seems to live from pillar to post, from mattress to mattress, bobbing along through life with no anchor to ground her. She gets by on her wits, her considerable good looks and charm — but at her age, it is all starting to wear a little thin.

Then she meets Alice, 60, a beautiful widow, who has come to town at the last minute to visit her daughter Suzanne, a too-busy corporate lawyer. Suzanne, 35, is Tru’s friend.

When Tru meets Alice, sparks fly and Alice and Tru begin forging an unlikely friendship…and more. Suzanne, who has a deeply conflicted relationship with her mother and a complicated and a secret past with Tru, becomes increasingly alarmed at the growing bond between Tru and Alice.

After Suzanne witnesses an intimate moment between the two, feeling jealous and threatened, she tries to sabotage the budding romance. But it backfires, as Tru Love is hard to contain . . .