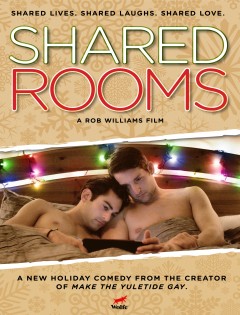 In this romantic holiday comedy, married Laslo and Cal take in a gay teen who’s been kicked out of his home; Sid and Gray have a casual online hookup which unexpectedly deepens; and Julian and Dylan confront their secret mutual attraction when forced to share a bed for a week. Their stories come together at a “Steve Not Eve” New Year’s party.

“Expect plenty of laughs from some breakout talent that proves impressive cinema still exists without all of the Hollywood glam.” – Philadelphia Magazine

“A big gay Christmas carol for our times.” – EdgeMediaNetwork