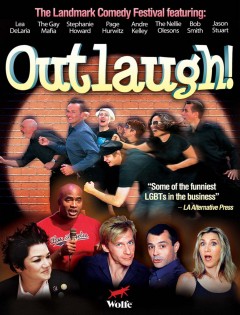 Outlaugh! is a rib-tickling ride that captures some of the funniest queers who have ever dared to strut their stuff.