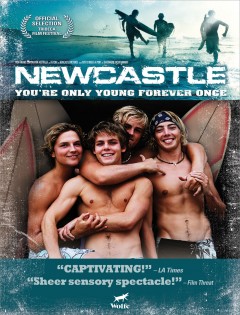 A coming-of-age tale combining the gorgeous Australian surfing beaches with the raw energy, music and rebellion of teen culture.

Jesse’s got the raw talent to surf his way into the international circuit, but can he overcome his equally natural tendency to sabotage himself? On a getaway weekend with Fergus and his mates, Jesse learns what is really important in life.

“Hunky young men and their tan-lined butts fill the screen… These young characters and their problems would fit right in on one of those CW Network teen soaps, but [director Dan] Castle and his cast aren’t afraid to explore tough topics, including the awkwardness of sex (frankly staged) and the open homosexuality of Fergus.” — LA Weekly

“Taken as sheer sensory spectacle, Dan Castle’s colorful flick is a “Top Gun” with waves; a “Rocky” with board fins…” -Film Threat

“An engaging yarn buoyed by spectacular surf action. Emotional discord aside, it will strike the right note with any teenage surfie heading to the beach this summer.” – Filmlink Australia

“Overall, [Castle] has captured what I remember of the fantasy of the classic Newcastle adolescence — all day at the beach, string bikinis and juicy blond teenagers.” – MovieTime, ABC Radio National

“Lingering images, loved for their beauty and composition, the pretty young cast and the contrasting scenes of industrial and scenic Newcastle help keep our attention.” – Urban Cinephile