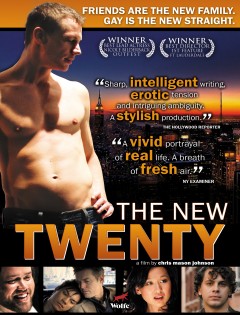 From the writer-director of the new LGBT film festival hit, Test!

“Engaging! The ensemble performances are on the money.” – Kevin Thomas, Los Angeles Times

“Every generation deserves its own St. Elmo’s Fire.” – The Village Voice

“A vivid portrayal of real life. A breath of fresh air.” – NY Examiner

“A sleek and accomplished debut film….He’s got something, this guy” – LA Weekly

“This is a fascinating bunch, thanks to a witty, incisive script.” – New Times

“Something raretly seen on screen: close friendships between gay and straight men.” – Time Out NY