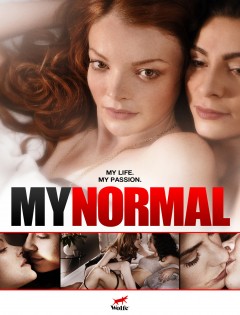 “Playful and charming… My Normal is about as much fun as you can have without busting out the bullwhip, and far less painful.” —AfterEllen.com

“A sharply written tale . . . An incredibly sexy and entertaining feature that shows that no matter what your job skills are, you should use them to your advantage when following your dream.” – Philadelphia Q Fest