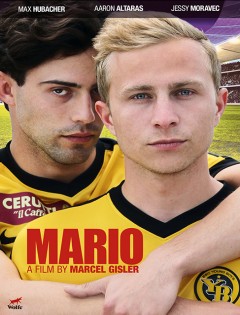 There’s a ripple of disquiet in the locker-room when Leon, a new striker, joins the soccer team. Sharing a flat with keen rival Mario sets the scene for an unexpected love affair, but the path of gay love in this macho world is not an easy one. Mario is unwilling or unable to acknowledge the implications of what is happening. But pretend girlfriends don’t fool everyone. And gossip, along with the threat of blackmail, unbalances the team’s morale. With the prospect of a professional career a strong possibility, will Mario forsake the hope of emotional satisfaction for professional gain? This heart-warming rollercoaster of a film, set on and off the field, offers a dynamic and realistic picture of how gay professional athletes are still seen as out of step in the 21st century.

“Tackles the stigma that exists for gay men in pro sports.” – The Advocate

“Every gay man will instantly connect with either Mario or Leon and their relatable worries of life and love.” – The Independent

“A forbidden love affair in the locker room.” – Towleroad