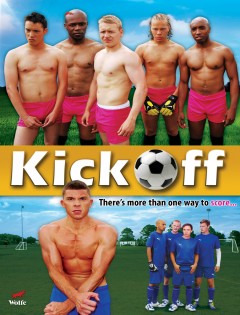 What happens when the hardest team in the Sunday Soccer league comes up against a gay team and finds they’ve finally met their match? Watch and wince as fledging referee Elton Glixton struggles to control this testosterone tsunami as rude-boy meets bum-boy in this outrageous new comedy set in the crazy gung-ho world of 5-a-side football.