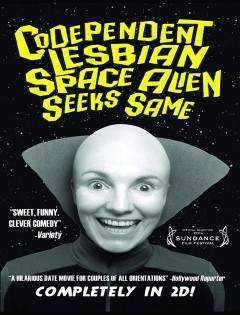 This Sundance comedy hit follows the adventures and misadventures of three extraterrestrials who are sent to Earth on a mission to rid themselves of their romantic tendencies in this mash-up of a lo-fi New York City romantic comedy and sci-fi B-movie spoof.

*Customers who purchase WILD NIGHTS WITH EMILY will receive a free DVD of CODEPENDENT LESBIAN SPACE ALIEN SEEKS SAME with their order.*

“Enormously Likable… a witty ode to urban love and shoestring sci-fi. Ed Wood would have been proud.” – The New York Times